Rokuoh-Sha machine gun camera is an exceptionally rare and very sought after piece of Japanese military history.
It was manufactured by the Konishoruko Camera Company (which later became Konica) before and during world war two, as a way of training Japanese military airplane machine gunners.
The gunners would then fire the machine gun camera at various ground based, or airborne targets — just as if they were firing the real guns. Instead of spraying bullets, however, they were snapping photos. The resulting photographs would later be developed and analyzed in order to determine the gunner.

The camera would be mounted inside or outside the plane in place of the real machine guns, during training flights.. When inside it is manned by the gunner, and outside it would be controlled remotely by cables. 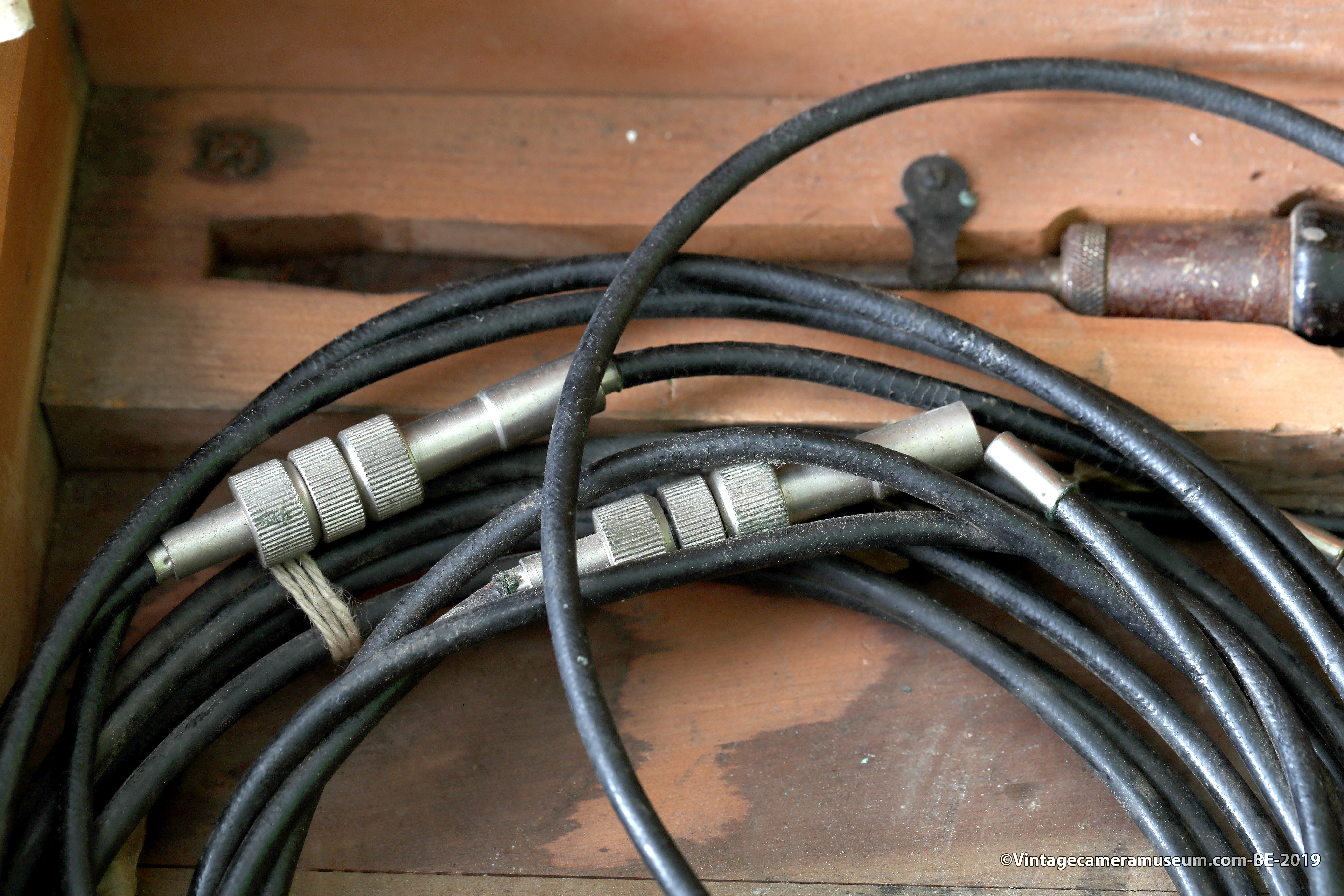 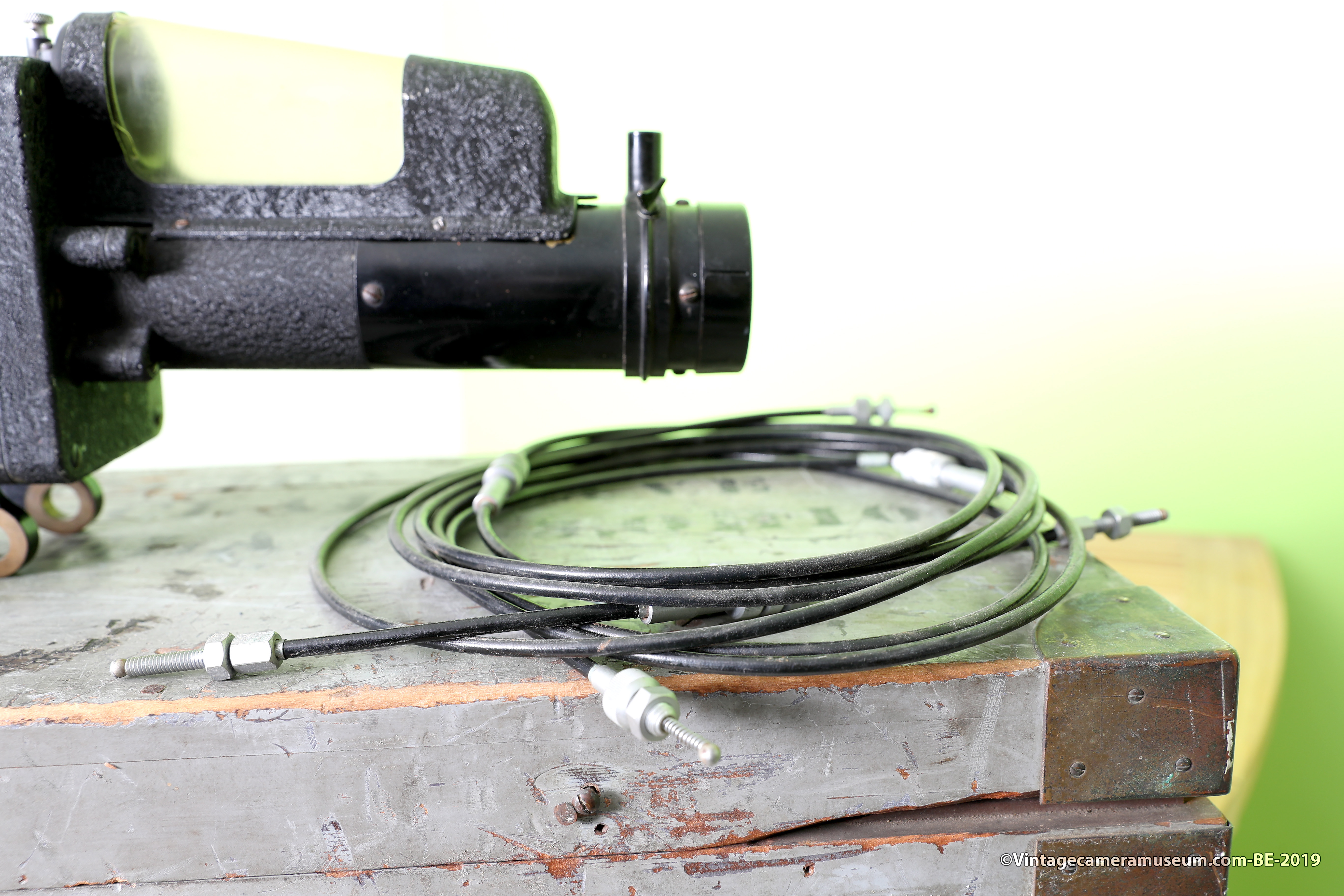 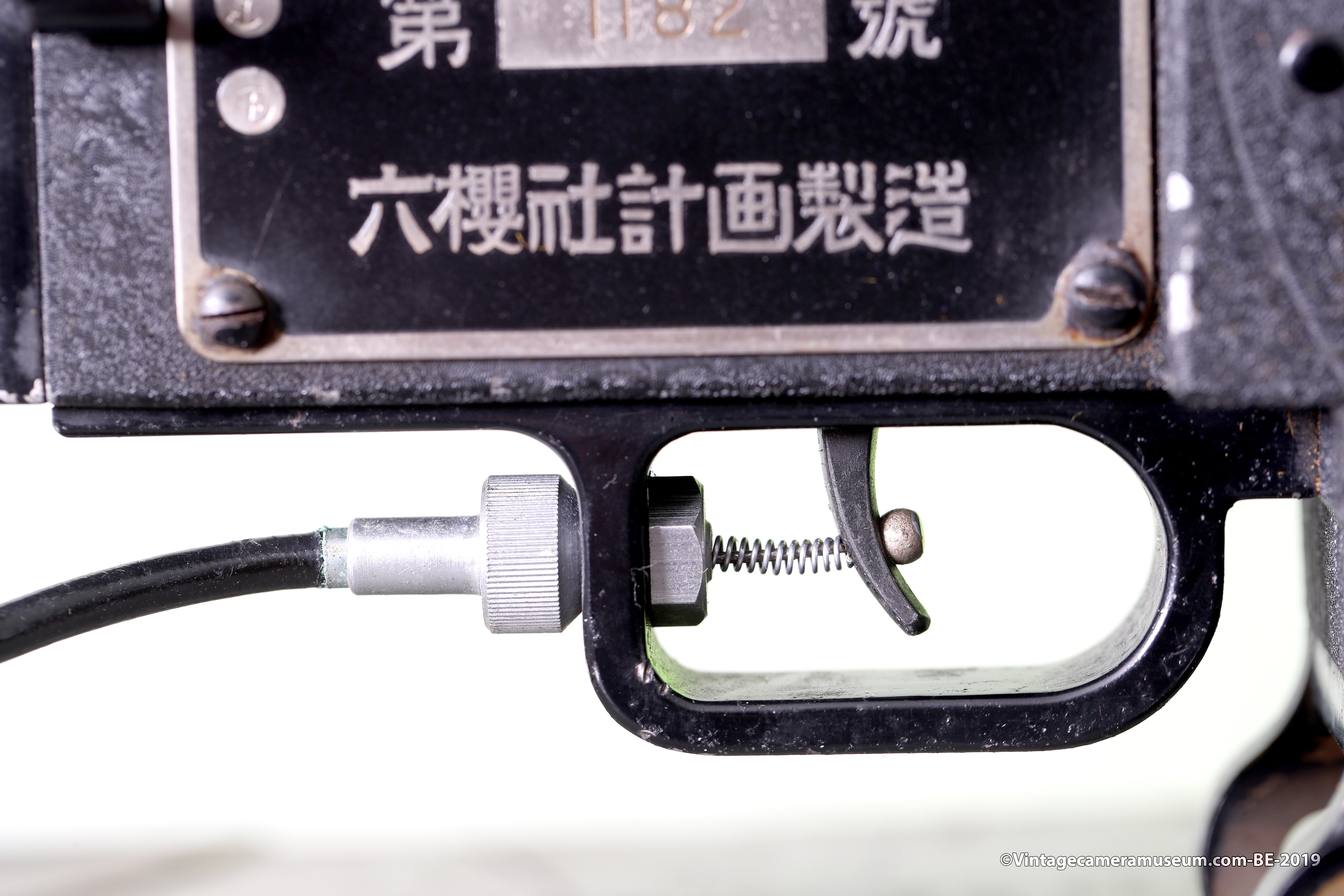 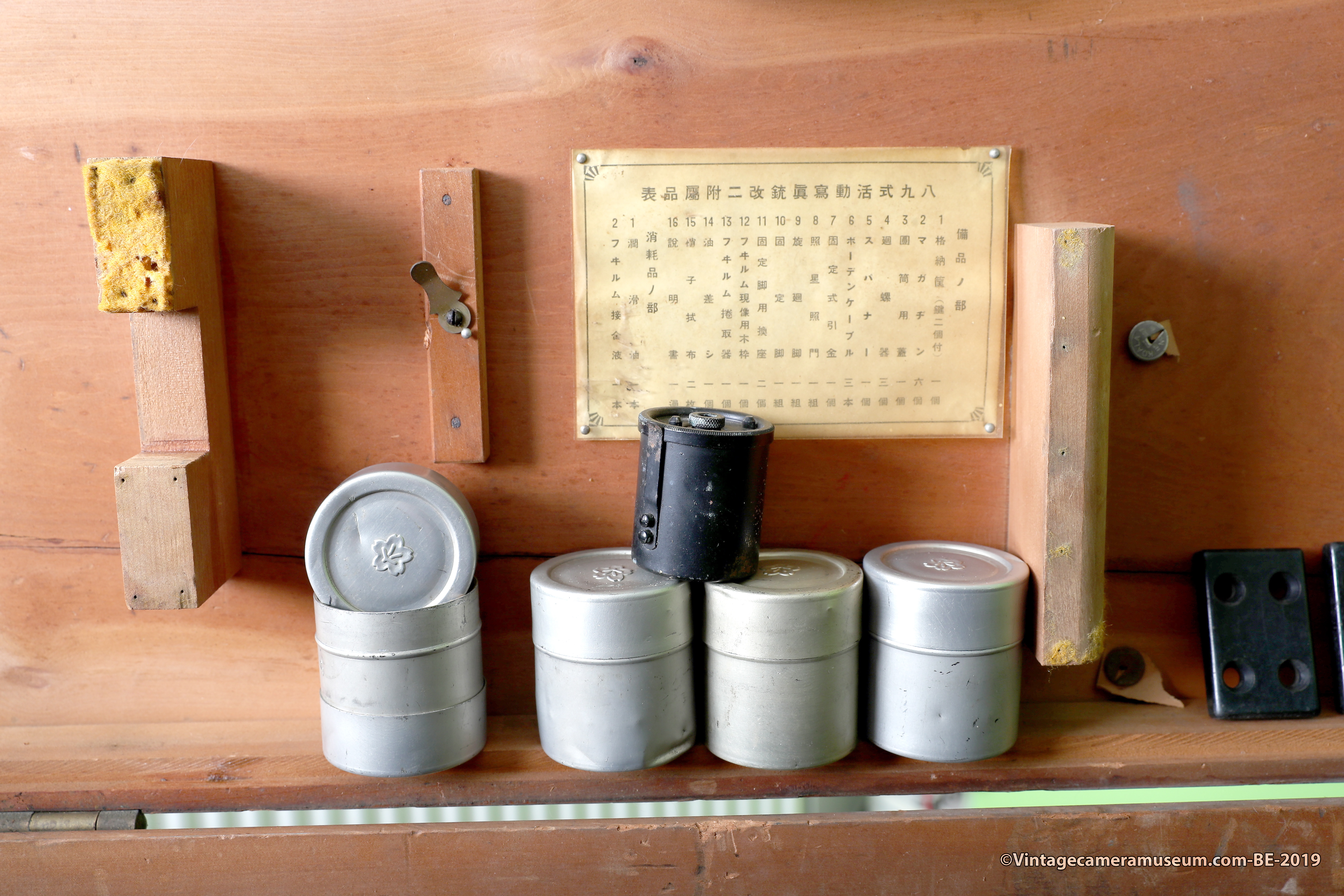 The camera was "powered" by a spring, when pulling the trigger, the spring was release which moves the film and shutter.
The Type 89 camera was said to be used to train gunners on the famed Zero fighter plane, The pilots would do in-air target practice with the camera recording accuracy. The film would then be processed and reviewed before true in-air combat (once pilots mastered the Type 89 camera with improved kills through target practice, the real thing was then mounted on the aircraft and said pilot was sent into battle)

A second lens and mirror system was mounted on top of the "barrel". This was for recording a stopwatch at the same negative frame. That way the instructor could see exactly how long the pilot pulled the trigger. 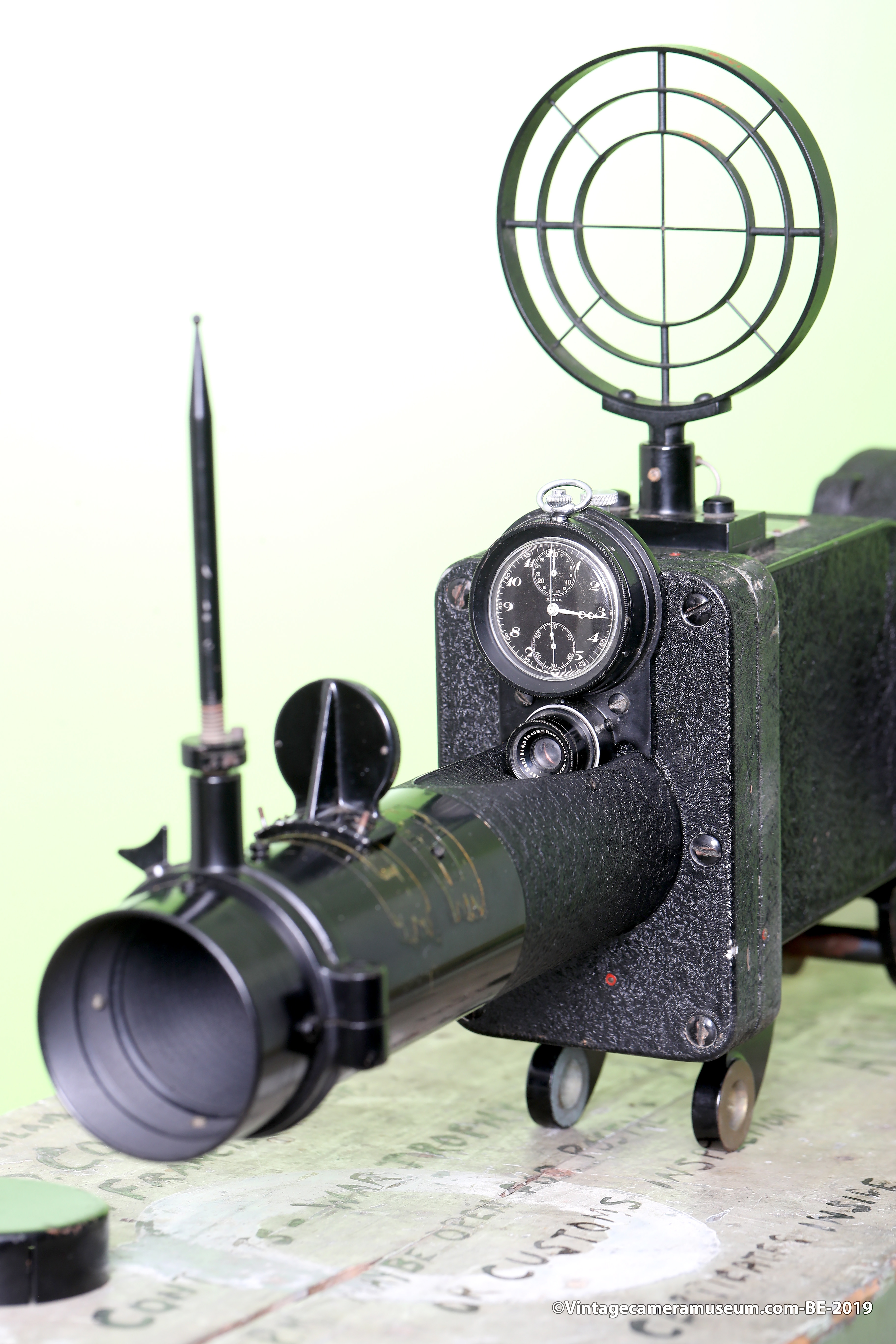 The combination of camera and watch is very rare because the watches were often taken by the Japanese pilots while the cameras were left behind after the war. Later, they were often found by US soldiers and taken home as a war trophy. The watches stayed with the Japanese or came in hands of watch collectors. Therefour they are seldom seen outside Asia. 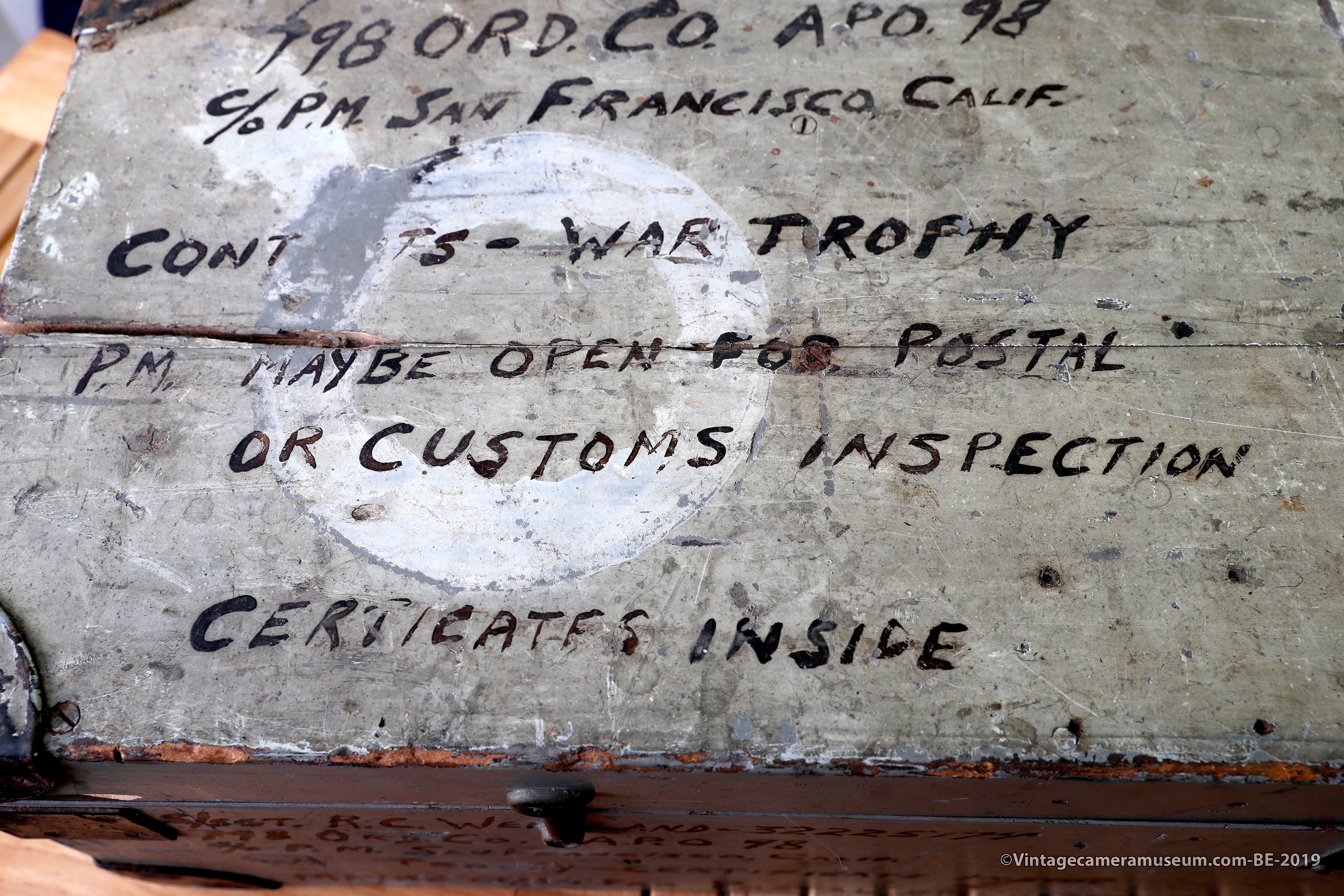 In the beginning they used Swiss made watches: Berna, Leonidas and Mouris, all coming from the Swiss town of St. Imier. From the moment Japan was participating in the second World War, they asked Seikosha, now called Seiko, to make the watch. At the back there was the Japanese description of the Rokuoh-sha and the corresponding serial number. 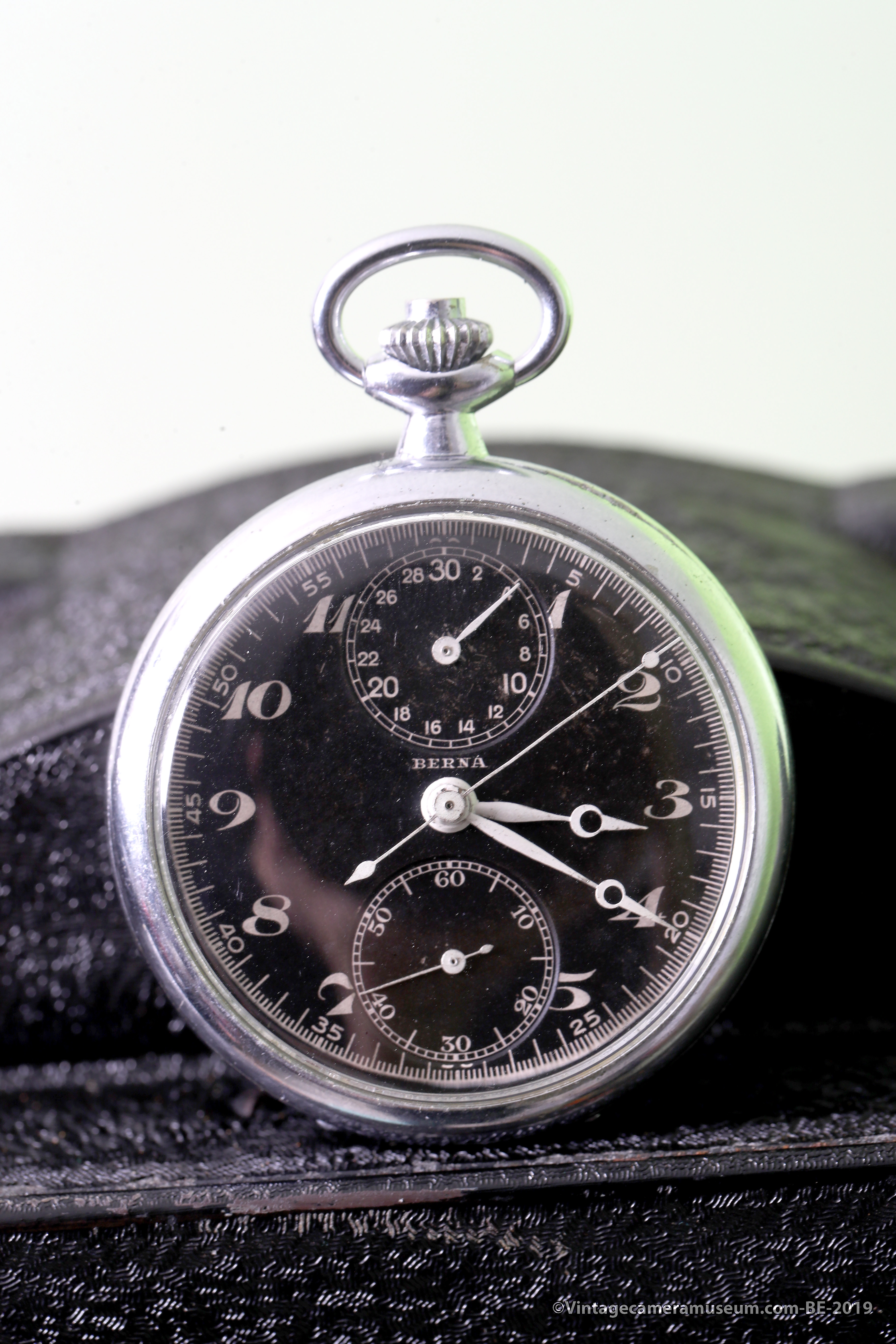 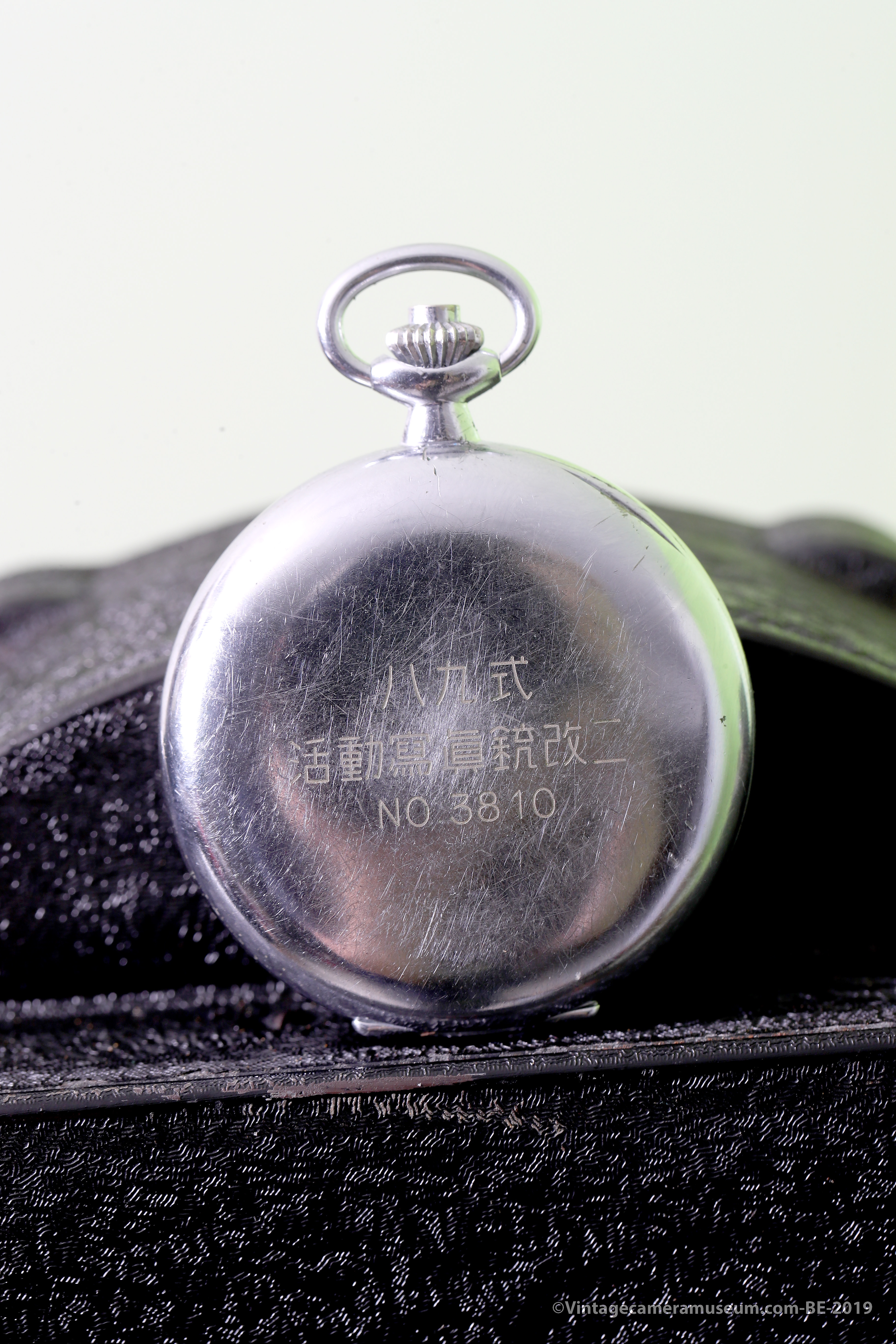 If somebody has more information about this camera or these watches, or do you have pictures of this camera in, on or next to a Zero, please contact me!