Let me tell you first an unconfirmed story about a German WWI reconnaissance plane going down in Heist-op-den Berg in Belgium. The story goes like this:

Some unknown people rushed to the plane after he crashed and found two cameras in it. They took it out of the plane and went with it to a local photographer.
Because it is forbidden to "steal" from the occupier, the cameras were hidden and never spoken of ...

Until a man called Wilfried buys a big black lens from a local photographer, who used this for making his portraits on wooden cameras for years, but now wants to sell it because he retired.
About one week later a collector of old stuff talked to Wilfried about two wooden boxes he had found near some dustbins. He wondered if Wilfried could recognize what they were, because they looked like cameras, but had no lenses nor film cassettes.
After a brief inspection, Wilfried was intrigued and bought both of them.
Some weeks and a search in his own collection of lenses later, he noticed that the black lens he bought fits on one of the cameras. Looking closer to the writings on it, he discovers text was hidden behind some clumsy added paint. After removing the paint, the text revealed: "Fliegertruppen".
The link was made. This was the original 50cm Carl Zeiss 1:4.5 triplet lens from this camera.
Trying to find some more information, Wilfried went talking to the daughter, son and wife of the photographer who, in meantime, passed by. None of them really wanted to talk about it and didn't want to confirm the story about where the cameras came from.
Some research later, Wilfried and three friends found the second lens and also the two missing film cassettes, marked 'fliegertruppen' ...
The cameras were complete again in only two months...

And this is the incredible story how some scattered pieces of two cameras coming from a crashed plane have found their way together again to complete two German aerial cameras again...

Early 2019 there was a tv-show in Belgium called "Rijker dan je denkt" (Ritcher than you think). In this show, people can ask experts to value an object they have but don't know if it is of any worth.
At the end of one of the episodes, a collector, named Wilfried Vandevelde, a colleague photographer and collector of old cameras and great admirer of 'Louis Ghémar', presented two German aerial cameras from the first world war.
The expert was surprised to see the more than 100 year old cameras in that shape and also complete!
And also, I fell in love with it and bought the cameras from Wilfried.

So, after a long and amazing story it is time to present you with great pride and joy two very rare aerial camera, one of the most unique pieces the Vintage Camera Museum possesses, the 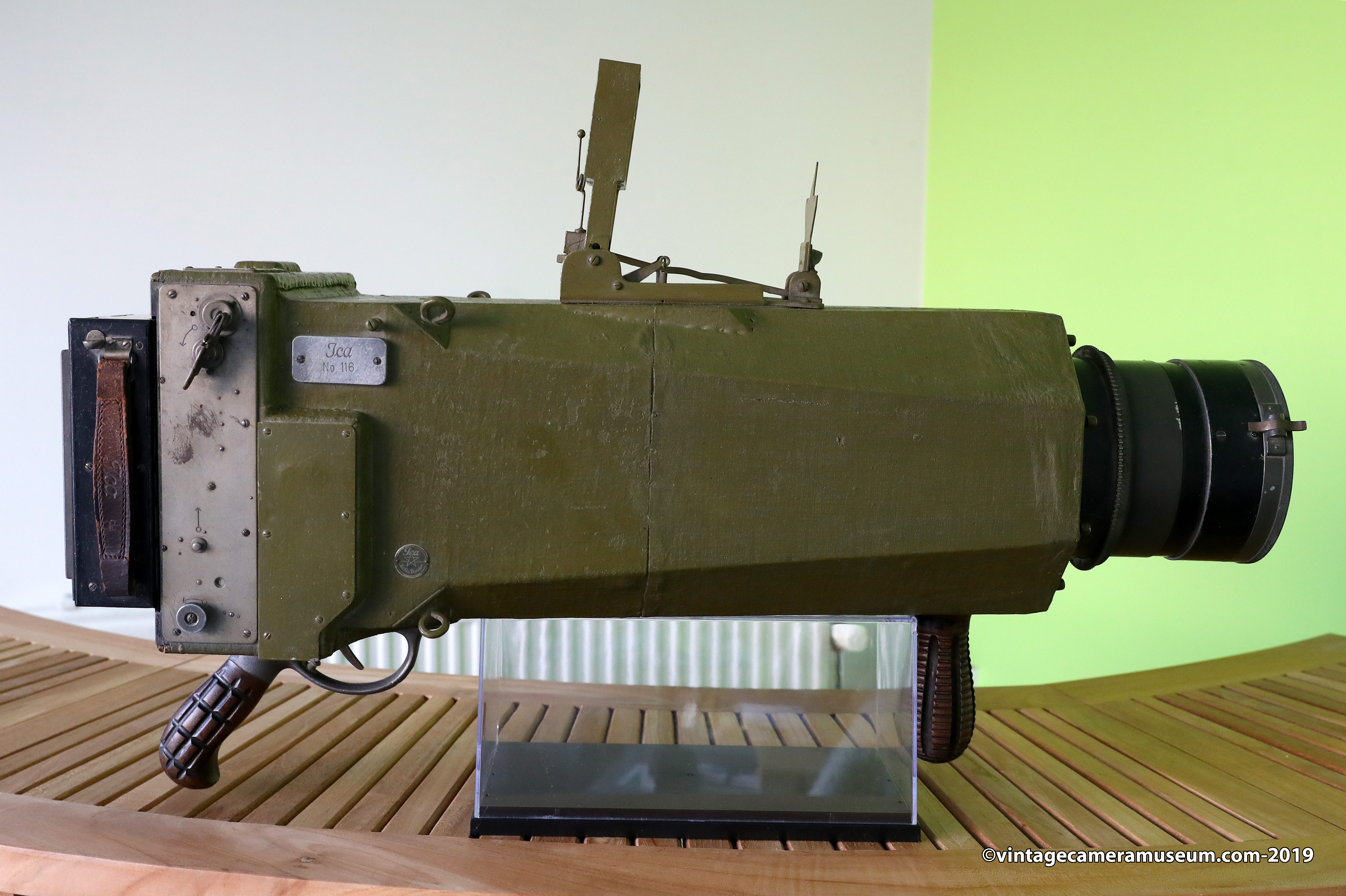 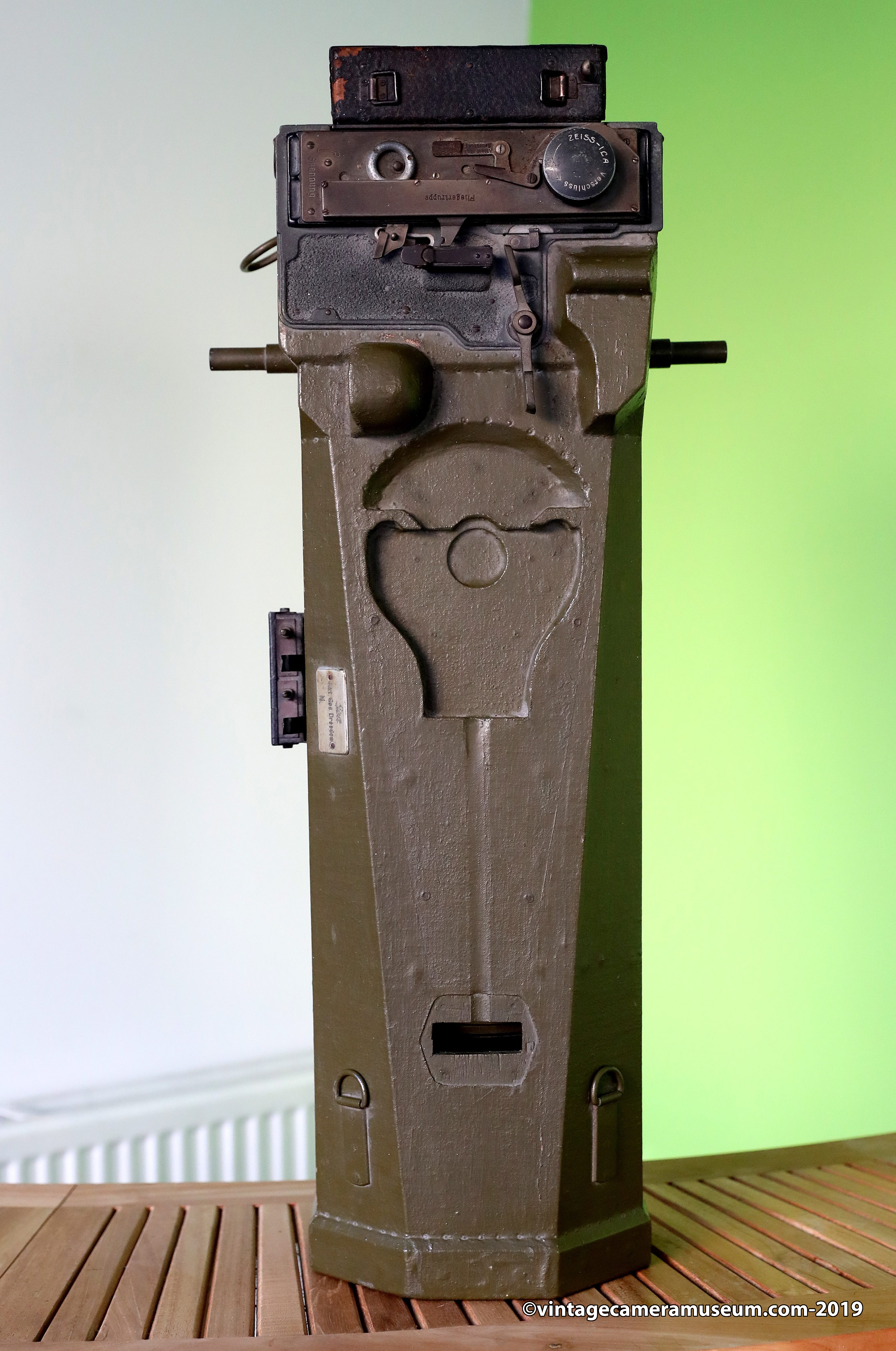 The cameras were made for the use of the German military during World War One. That conflict saw aerial photography conducted from airplanes rather than from balloons and airships first begin to play a vital role in military reconnaissance.
They purpose was to gather correct information about troop movement, trenches and the scenery of the battlefield. Till now it was the pilot who was giving information by radio and sometimes gave wrong information. Like a German fighter pilot who said once the enemy was "running around in full panic". The true story was, they were playing soccer ...

The FK II 222 was a handheld camera which was operated by the observer. The camera was attached to the plane by wires, but was freely usable around the plane. The trigger released the shutter like it was common by such cameras. 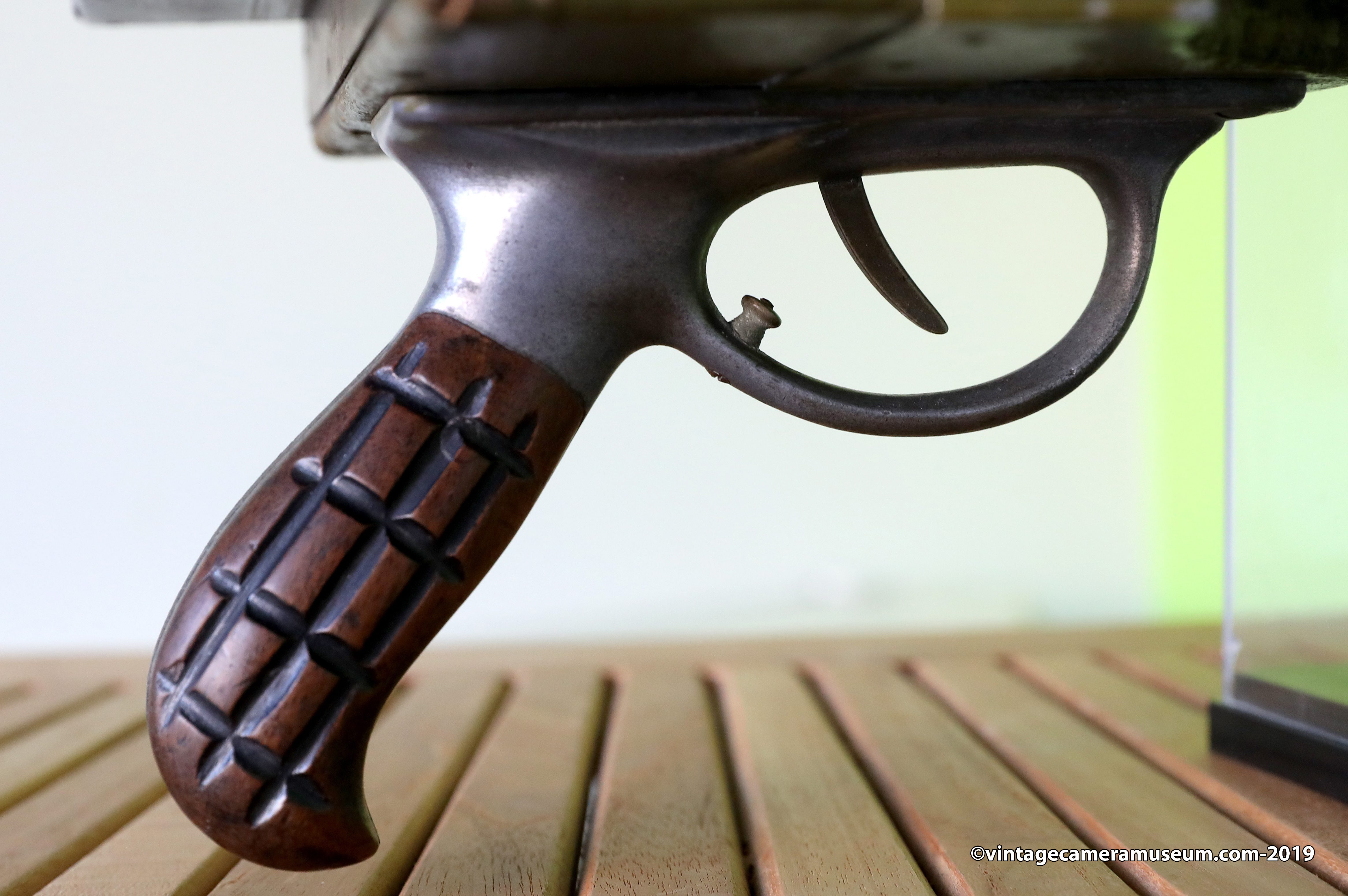 Here you see a brittish observer using a Graflex.

On the other hand, the FK II 300 was mounted on the side of the plane, next to the observer and was pointed down. There was no way to "point and shoot" the camera. You took a picture of what was just underneath the plane. The shutter was most likely operated by an electrical signal (see the contacts.) 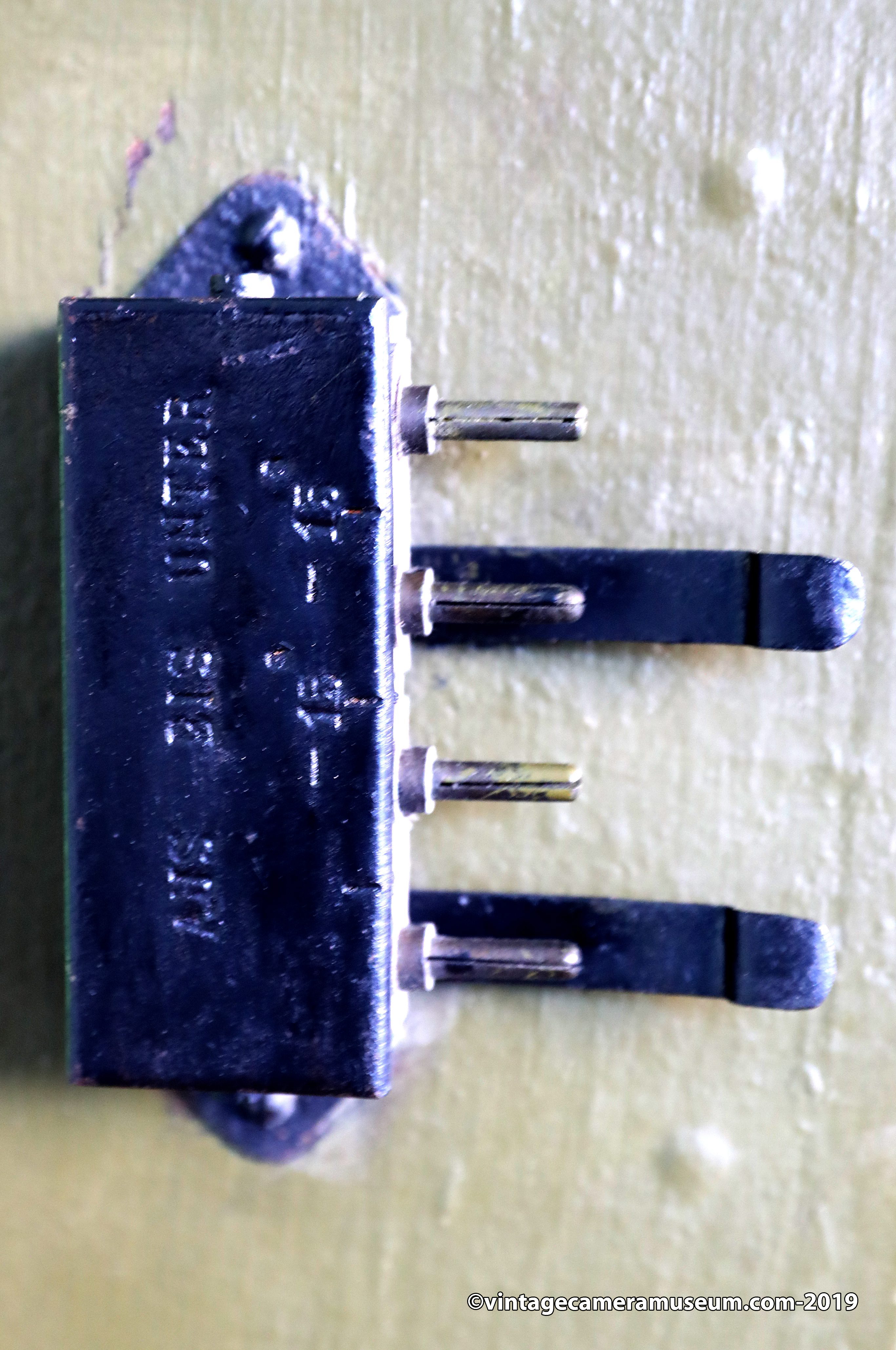 Both the cameras came with 6-exposure cassettes that was reloaded by a spring system.

The ICA FK II 300 (second from the left) next to other German aerial cameras.


More about aerial photography during WWI: